How to migrate a Presearch Node in Docker on Windows OS 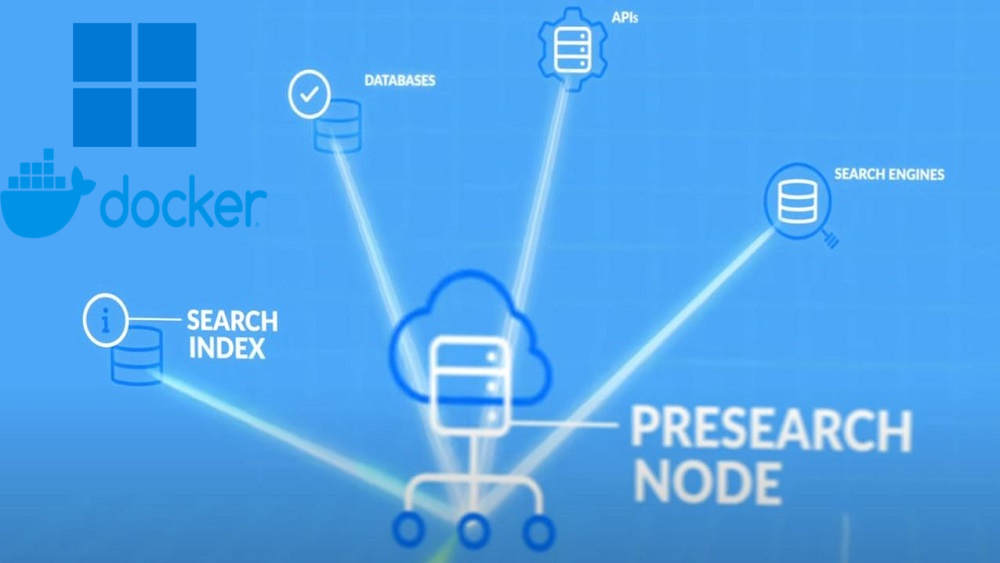 This guide is in the scope of Presearch Nodes which are running in Docker on the Windows Operating System (OS) If you’re setting up your first node you should follow our previous guide or those provided by Presearch here.

For various reasons, you may want or need to migrate your Presearch Node to a new host. Retaining your node identity, nodes stats and grandfathered collateral status. Thankfully the process is straightforward and well documented by Presearch themselves here.

This guide aims to make the process even simpler and guided specifically for Docker on Windows OS. This follows the Presearch guide but details any changes from the original guide, in some steps the original commands have been left which will fail. These are simply to demonstrate the changes to the guide versus this one and have no impact on the migration scoped to Docker on Windows OS. We have also specified at each step if this is likely to fail but you proceed.

*Throughout this guide we will refer to the old node, being the currently running instance, this is the node you wish to move and shut down. The new node is the freshly installed and migrated instance.

Within the Presearch guide commands are provided for you to SSH into your instance to make a copy however this guide assumes you have access to the OS and therefore we will simply identify the location of the keys and then copy them.

a. Firstly, identify and confirm the location of the volume mount for your Presearch node in Docker to do this run the following command.

b. This will list all the information regarding your docker Presearch instance. Specifically, we want to locate the information provided under ‘Mounts’ which will look this the following.

c. You can now see the location of your data under ‘Source’ which is /var/lib/docker/volumes/presearch-node-stroage/_data our security keys are located here so we need to next find them in file explorer.

d. To view files within docker you will have to use either of the following in Windows Filer explorer depending on your version:

e. You will see one directory for each volume you have, we need to then drill down the file structure as follows: presearch-node-storage / _data / .keys

Once here you will see that you have two files which look like the following screenshot.

a. Now we run the Node restore command given in the Presearch migration document, the only difference here is that we will execute these commands separately and in stages taking manual intervention to move the key files into place and therefore removing part of the file copy step. First, run the following command:

b. Once executed you need to move the original keys from the old node to the correct file location in docker volume. To find this we again use either the following depending on your docker version to view the volumes.

c. Then drill down into the Presearch node storage, _data, .keys as performed on the old node you need to delete the keys which are here and replace them with your old keys. You can simply cut and paste as we no longer need them stored elsewhere (you should also back them up separately)

d. Then execute the following command once the key files have been swapped.

a. Start your new node, we will break down the commands given in the Presearch documentation to execute them one by one. Some will fail which is not an issue and we can progress to the next stage without issues.

1st command likely to fail but proceed to the next

2nd command likely to fail but proceed to the next

3rd command likely to fail but proceed to the next

4th command likely to fail but proceed to the next

Confirm your new node is migrated

As per the Presearch documentation you should not see ‘node is listening for searches,’ you should also see that your node is back running in Docker and also connected to your Presearch dashboard.

You can now follow the remaining guide to manage your keys such as backing them up etc.